When he was asked what he was doing, he told his manager that he was testing her 'water' temperatures.

Musician Kasadha John aka John Blaq couldn't keep his six inch whopper in his pants  after viewing the brown thighs of his manager's wife.

It is reported that the singer was caught doing pressure ups on her like Floyd Mayweather getting ready for a fight.

When he was asked what he was doing, he told his manager that he was testing her 'water' temperatures.

Furious manager slapped him several times and told  him never to show face again .  He assured the singer that their working relationship was done.

Insiders say John Blaq has been pleading with his management to allow him again access to his accounts but all his cries have been landing on deaf ears.

The singer then consulted his lawyers who advised him to report the case to police.

In a letter dated 22 May 2020, John Blaq served his management ( Mr Kalebo Kenneth and Norman Kitti) with a letter notifying them that they have only two days to handover his logins or face the consequences. 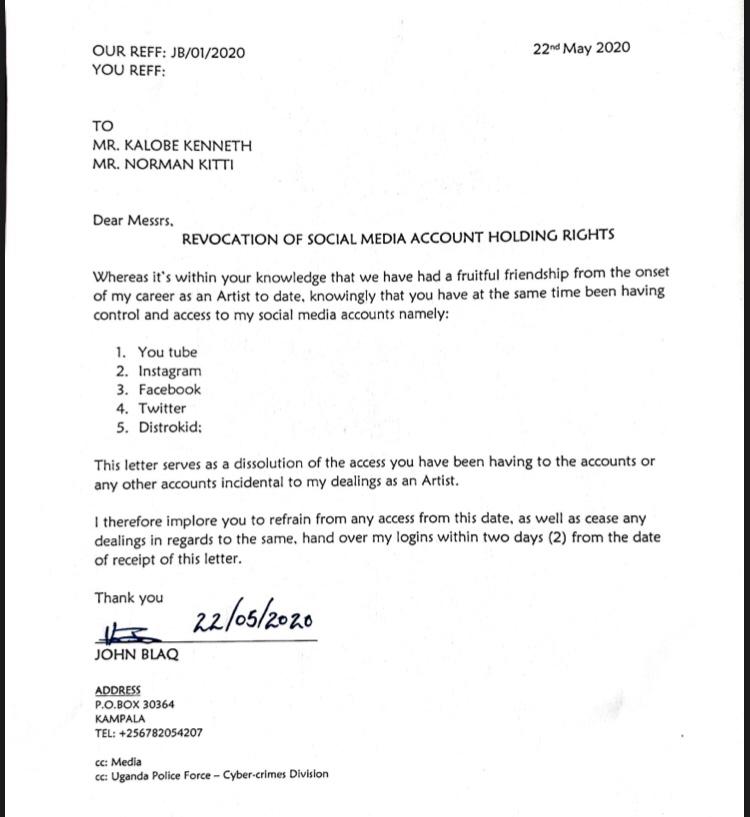 We will keep you updated as the story unfolds.