Johannesburg (AFP) - A long-awaited film on the life of anti-apartheid hero Nelson Mandela premiered in his native South Africa ...

Johannesburg (AFP) - A long-awaited film on the life of anti-apartheid hero Nelson Mandela premiered in his native South Africa on Sunday, stirring emotional memories of the country's turbulent history.

The movie "Mandela, Long Walk to Freedom", largely based on his autobiography of the same title, traces the life of the revered leader from his childhood in the rural Eastern Cape to his election as the country's first black president in 1994.

The 95-year-old Mandela was too frail to attend the premiere as he is under medical care at home after having spent three months in hospital in a critical condition with a lung infection earlier this year.

His ex-wife Winnie Madikizela-Mandela said in remarks before the screening that she had "no words" to describe the film's "translation of that painful past".

"We should remember where we come from and that this freedom was hard earned and that it was won at a very, very heavy price," said Madikizela-Mandela, wearing traditional Xhosa dress with headwrap.

After spending 27 years in jail for activism against the racist regime, Mandela preached equality and forgiveness in the bitterly divided nation, winning him worldwide admiration as a peace icon. 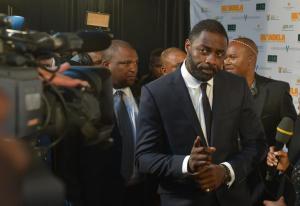 British actor Idris Elba, who plays the role of Nelson Mandela in the movie "Mandela, Long Walk to F …

The two-and-a-half-hour movie will hit South African cinemas on November 28 and will be released in the United States in December.

Reacting to chilling scenes of apartheid era brutality against defiant blacks, some of the selected VIP viewers at the premiere could not hide their emotions as tears rolled down their faces at the cinema in Johannesburg's upmarket Rosebank suburb.

"I cried many times during the movie because it was so emotional," Justice Minister Jeff Radebe told journalists as he stepped out of the theatre. "It was a very emotional movie."

"It depicted not only the struggle by Nelson Mandela but also by the people of South Africa."

'It broke my heart'

Mandela's close friend George Bizos, the lawyer who defended him during the 1963-64 trial in which he and fellow activists were convicted of sabotage and sentenced to life imprisonment, said: "The film will be a very big contribution to our history." 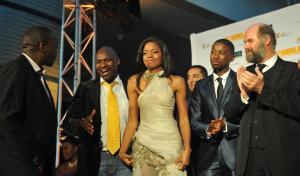 Bizos told AFP he hoped all South Africans would watch it "in order to realise the important role that Mr Mandela played not only in sacrificing his freedom but on insisting that a peaceful solution to our problem was what he fought for."

Bizos added: "I am sorry that he is not well enough to see the film, he would have been very proud of it."

Jaci de Villiers, whose husband Gys de Villiers plays ex-president FW de Klerk, who unconditionally released Mandela from jail in February 1990 and shared the Nobel Peace prize with the ex-prisoner in 1993, said she wept during the film.

"It broke my heart. There were moments where I just cried," she told AFP.

"It brings back a lot of pain that is still around. You want a young Mandela to come back to South Africa. You want all that fire, all that passion, all that purpose and ideology, the spirit of a possible future that we may need, some eclectic leadership," she said.

Mandela is played by British actor Idris Elba, 41, and his ex-wife Winnie by Naomie Harris, also of Britain. 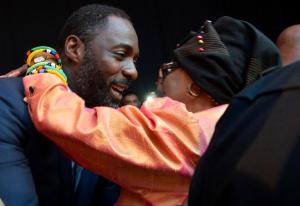 "This story is so much bigger than me, bigger than anyone of us," said Elba, who made it just in time for the premiere having missed his earlier flight from London after suffering an asthmatic attack.

'Now we know the sacrifices Mandela made'

But there were some misgivings about star roles being given to foreigners.

Nobel literature laureate Nadine Gordimer told AFP she was "a little troubled... because we have got wonderful actors here, like John Kani. I don't know why we had to have a stranger playing Mandela, our Mandela."

But South Africa's celebrated Kani, whose son Atandwa played the role of the young Mandela in the film, said he understood "well the passion of South Africans."

Production costs at times dictated that an international actor be hired and "give a little hope that the people who invest will make their money. Idris Elba is an African, I am happy," Kani said, referring to the fact that Elba's parents are from Ghana and Sierra Leone.

Breaking into Xhosa in one of the scenes and amply pulling off the Mandela deeply accented voice, Elba said: "It's a massive honour for someone like me to play Mr Madiba (Mandela's clan name)."

Tsepo Nakedi, 37, who is unemployed, said he had not had the full appreciation of the country's bitter history until after watching the Mandela movie.

"Sometimes we disrespect our history. Now we know the sacrifices that Mandela made, I know the amount of hate and frustration he went through. I took a whole of things for myself, for my kids and for my future," said Nakedi\ 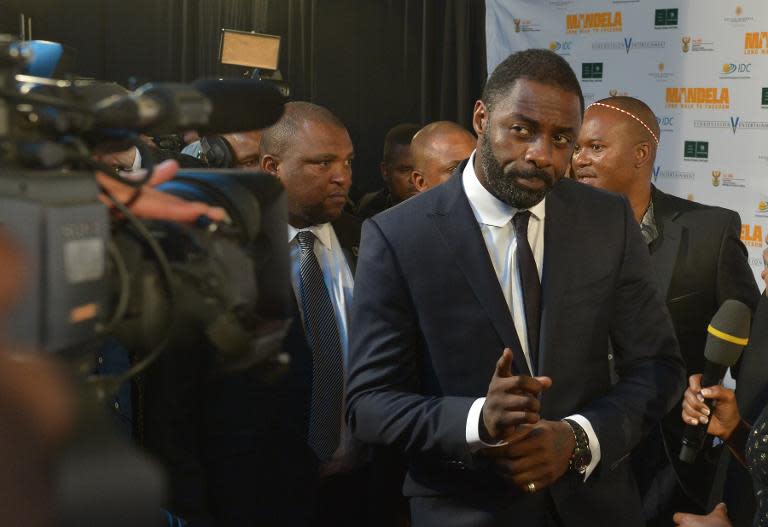 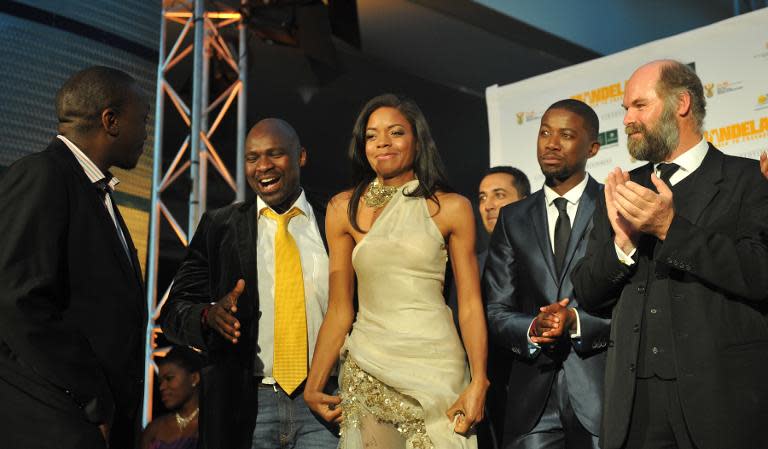 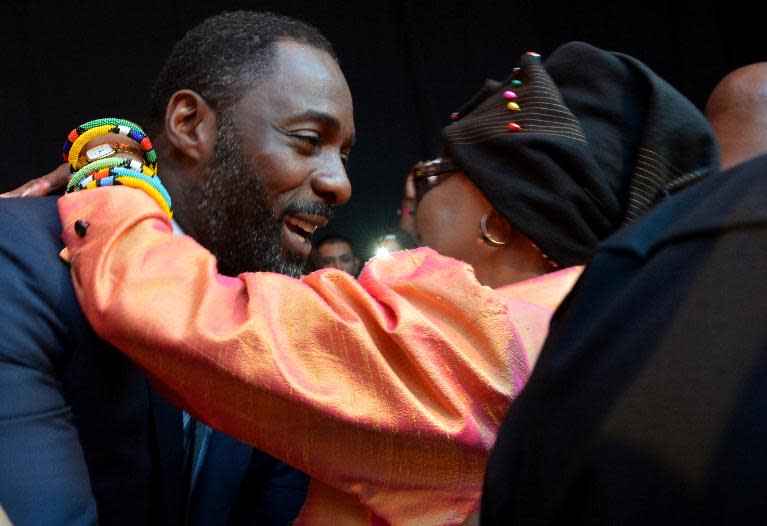 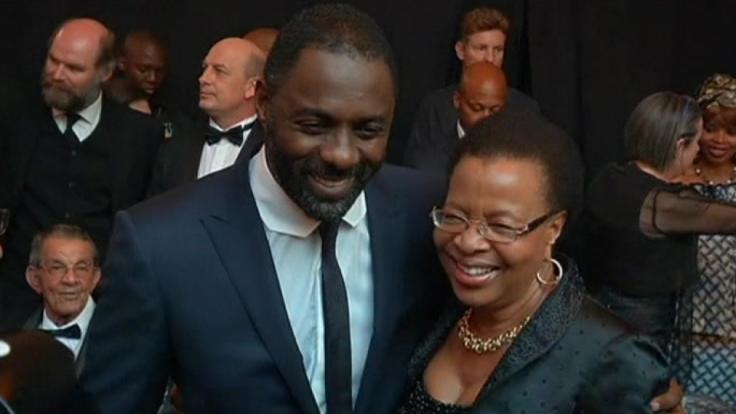 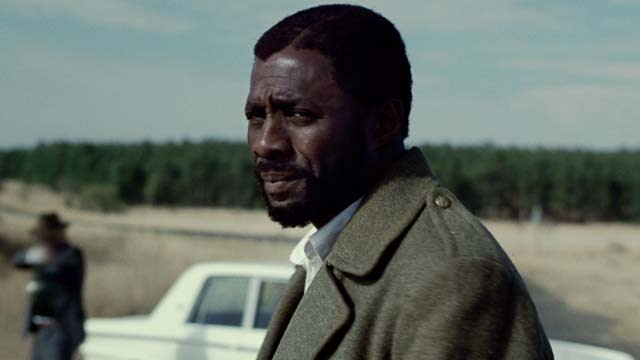 Queen of Katwe opens in theatres around the world this weekend, but a tax row between the Ugandan government and Walt Disney Corporation
Story by Mukama Evart
\ 1475490399

Movie of the Weekend: Suicide Squad

Suicide Squad is a 2016 American superhero film based on the DC Comics antihero team of the same name and is the third installment in the DC Extended Universe.
Story by Mukama Evart
\ 1470476689

All Best Trailers from Comic-Con in One Place

With each passing year – and as nerd culture becomes more simply ‘culture,’ – the San Diego Comic-Con seems to cater more heavily to movies than, you know, comics.
Story by Howwe Editor
\ 1469530509

Movie Of The Day: War Craft —The Beginning

Warcraft (alternatively known as Warcraft: The Beginning) is a 2016 American fantasy film directed by Duncan Jones and written by Jones, Charles Leavitt and Chris Metzen.
Story by Mukama Evart
\ 1468153982

In an interview, Lady Titi disclosed that Katongole influenced bosses to fire her.
By Howwe \ 1670562341

Woman arrested over murder of her lover