The extra services underscore the airline’s commitment to offer guests greater choice and more travel options between the capital cities of the United Arab Emirates and the Kingdom of Saudi Arabia.

The new daily late night departures from both Abu Dhabi and Riyadh are timed to allow guests to spend full days in either city. Arrivals into Abu Dhabi International Airport provide guests with more connections to early morning services to Europe, North America and the Indian Subcontinent. These include London, Paris, Frankfurt, New York, Delhi and Mumbai.

Together with a Boeing 777 and the recently-introduced Boeing 787on the route, the new service will increase the number of weekly seats to 10,600 between Abu Dhabi and Riyadh. Codeshare partner flynas will continue to operate a daily flight on the route.

“The extra flights will cater to the strong demand between thetwo capital cities, and bring closer our global network to Riyadh over our Abu Dhabi hub.”

Etihad Airways launched scheduled flights to the Kingdom of Saudi Arabia with services to Riyadh in 2004, and has steadily grown capacity with additional frequencies and aircraft upgrades to its current double daily operation.

From February 1, the airline will operate 70 return flights each week to and from four Saudi cities.On the Riyadh route alone, Etihad Airways has flown more than 2.5 million guests since 2004. 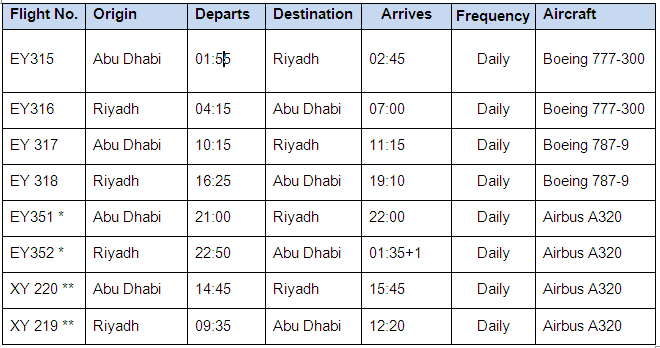 MTN Uganda has won an award in this year’s Financial Reporting (FiRe) Awards held at Hotel Africana in Kampala.
Story by Howwe
\ 1669056972

The long-awaited MTN Kampala Marathon kicked off this morning with the 10km wheelchair race, ahead of the other races scheduled for next Sunday, the 20th of November.
Story by Howwe
\ 1668454326

10 Key Facts You Should Know About the MTN Kampala Marathon

Due to the two-year break following the Covid-19 outbreak, this will be the 17th edition of the public running in the MTN Kampala Marathon.
Story by Howwe
\ 1668453966

Her unbecoming behavior could not be tolerated by her management led by Jeff Kiwa.
By Howwe \ 1669918602

Desire Luzinda lives in California, America just like Chameleone's wife, Daniela, and his children.
By Howwe \ 1669918056

Lydia Jazmine in the studio with Skales