Three people were killed and one was injured in a car crash on Tuesday night on the Soroti-Mbale road in the East Kyoga region of Uganda.

According to Moses Mwanga Kitio, the East Kyoga Regional Police Commander, the Toyota was speeding from Soroti when it lost control and crashed into the trailer, which was traveling in the opposite direction towards Soroti. 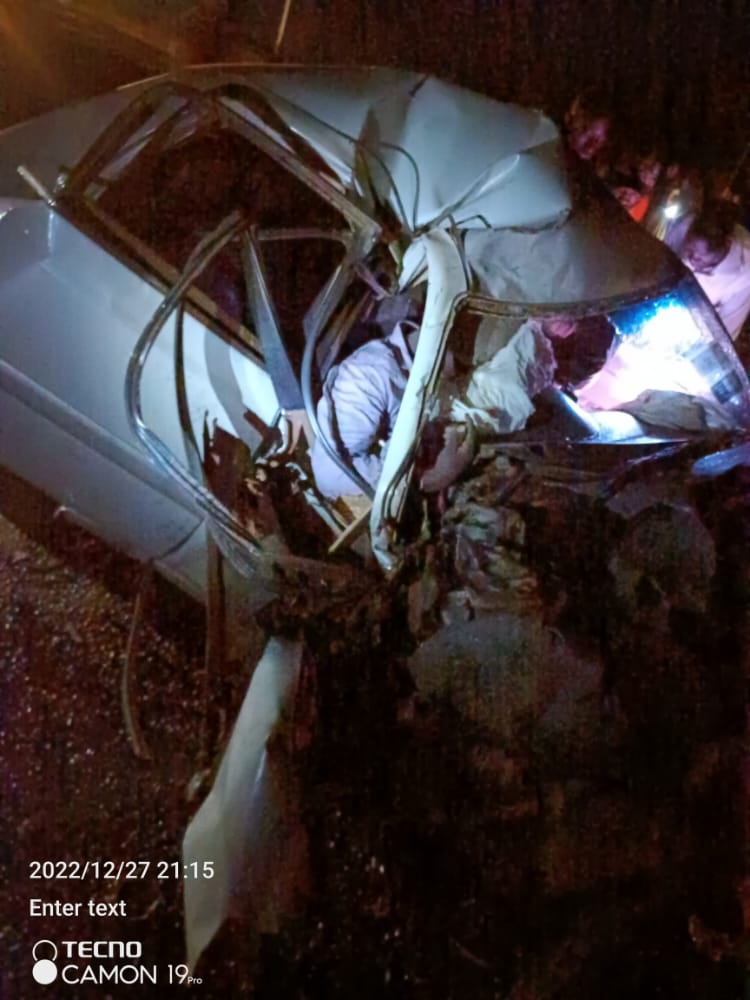 One of the victims was identified as Detective Corporal Sam Mutenyo from Moyo Police Station.

The injured person was taken to Soroti Regional Referral Hospital for treatment.

The police believe that reckless driving caused the accident. This was the third major accident in the region since Christmas Day that resulted in fatalities.

The victim was rushed to Mbale regional referral hospital where he was pronounced dead a few moments later.
Story by Businge Brian Franco
\ 1673886784

The Police in Mbale are hunting for unknown assailants who killed a private security guard and made off with his firearm.
Story by Mukama Evart
\ 1673865945

According to the Traffic police spokesperson, ASP Faridah Nampiima, the suspect has been identified as Philip Tenywa, a driver attached to YY bus company.
Story by Businge Brian Franco
\ 1673588015

Four people who were killed by mob action in Katine Sub County over the weekend have finally been identified by the Police in Soroti.
Story by Mukama Evart
\ 1673455598

The incident occurred after a court session at Pakwach grade one magistrate court when prisoners were boarding a Ragem Prisons truck at the court premises.
Story by Businge Brian Franco
\ 1673451454

Pastor arrested for having links with local criminal gang in Lyantonde

Joint investigations conducted by Police and the Uganda Peoples Defense Force-UPDF have pinned a Pastor in Lyantonde district to having links with a criminal gang that is involved in armed robberies in the Masaka sub-region.
By Mukama Evart \ 1674815053

District service commissions across the country have been blasted for allegedly selling government jobs to Ugandans.
By Mukama Evart \ 1674808813

NBS After 5 Show to stop airing on NBS TV